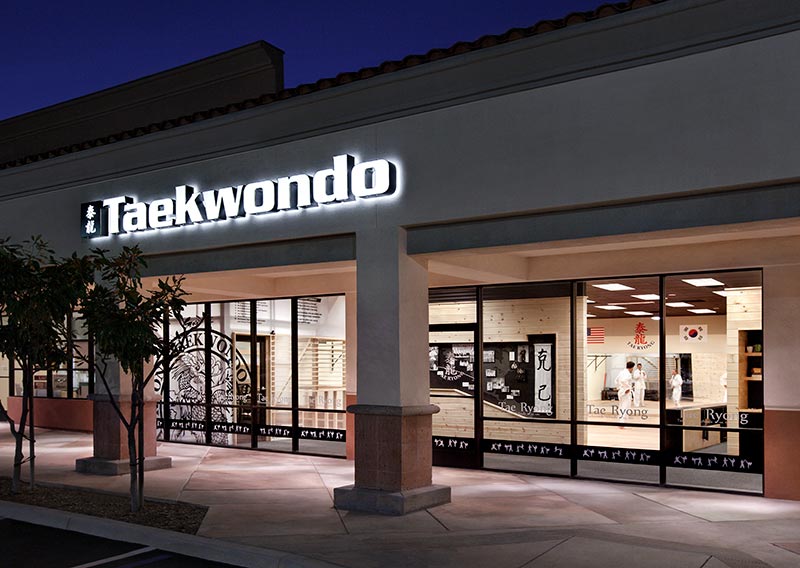 We wanted to give Grand Master Yon Shin a studio interior that reflected the authentic, traditional and yet cutting edge quality of his taekwondo legacy. The pine tongue and groove woodwork is meant to recall the teahouses of Korea, while the semi-transparent, “Polygal” panels, that sheath the office, became a modern interpretation of the papered, often-sliding screened walls in traditional Korean homes. Additionally, the lobby wall depicts the story of Grand Master Shin’s journey from Seoul to Los Angeles in 1979. The materials, content and arrangement of the interior imply the respect for nature, modesty, strength, and honesty embodied in the tenants of taekwondo. 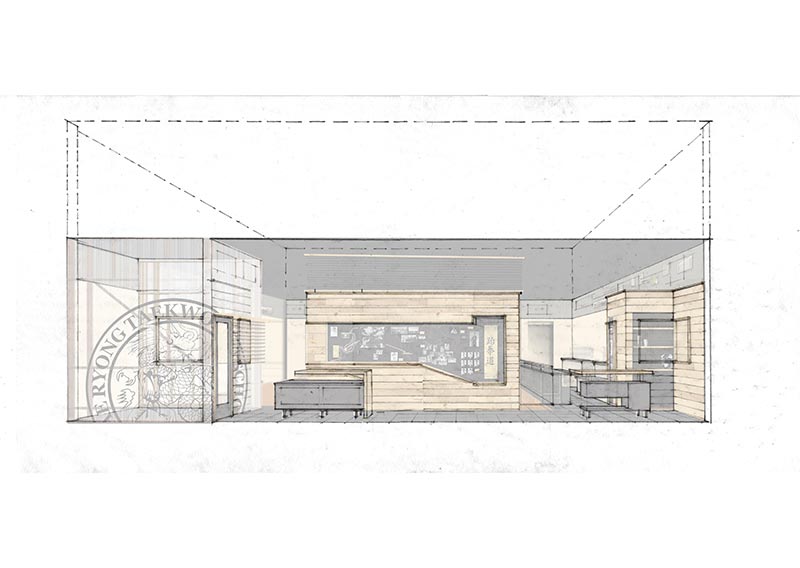 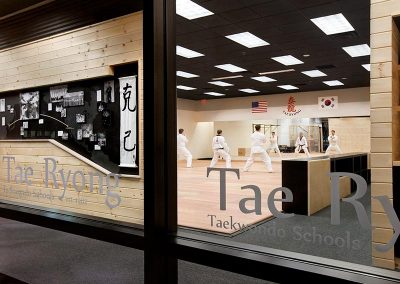 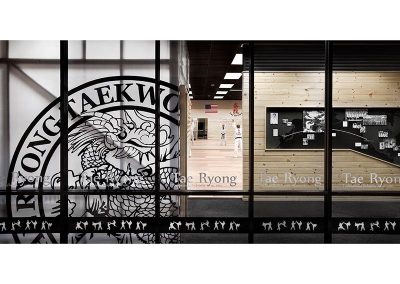 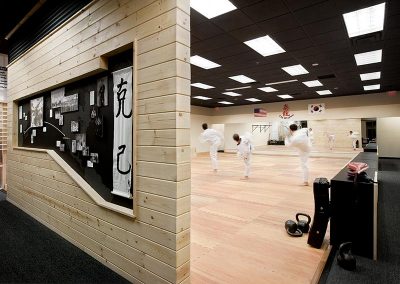 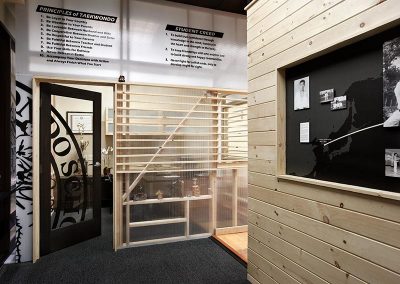